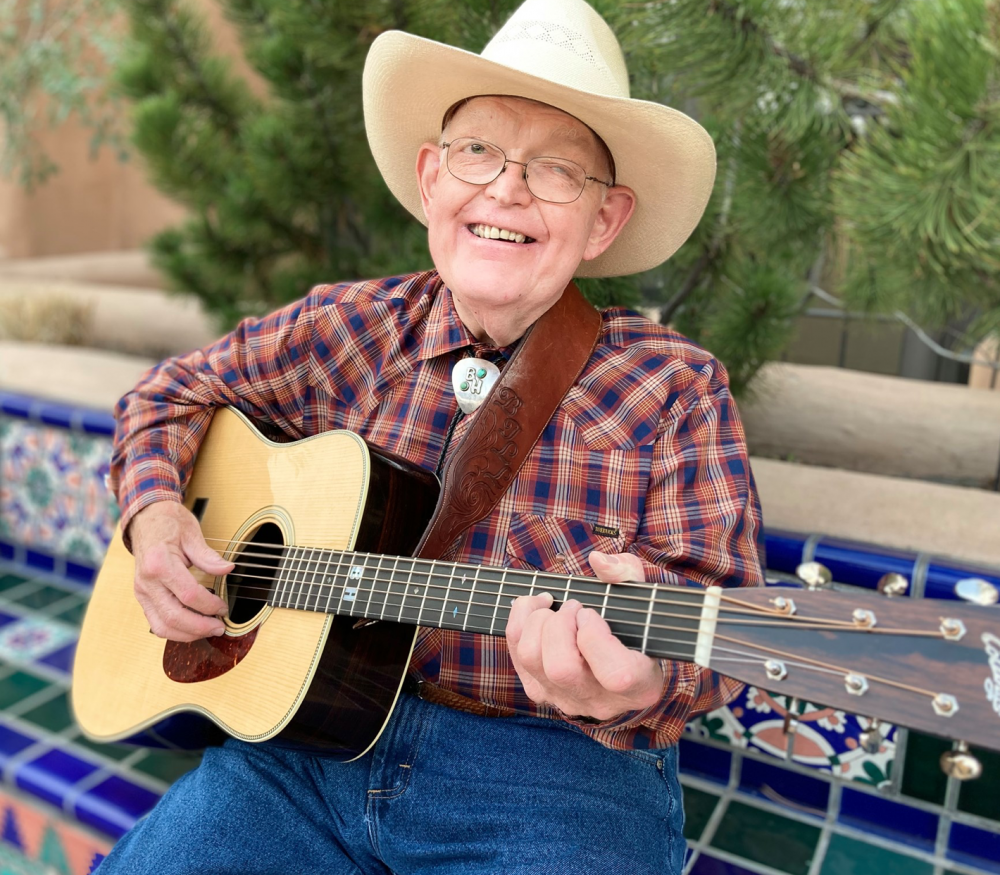 Bill was legally blind from birth and Bonnie was totally blind, yet they were able to parlay their musical talent into a successful musical career and their love and tenacity into a marriage that stood the test of time. Their unique style of music made them essential acts in the venues around Austin and northern New Mexico.