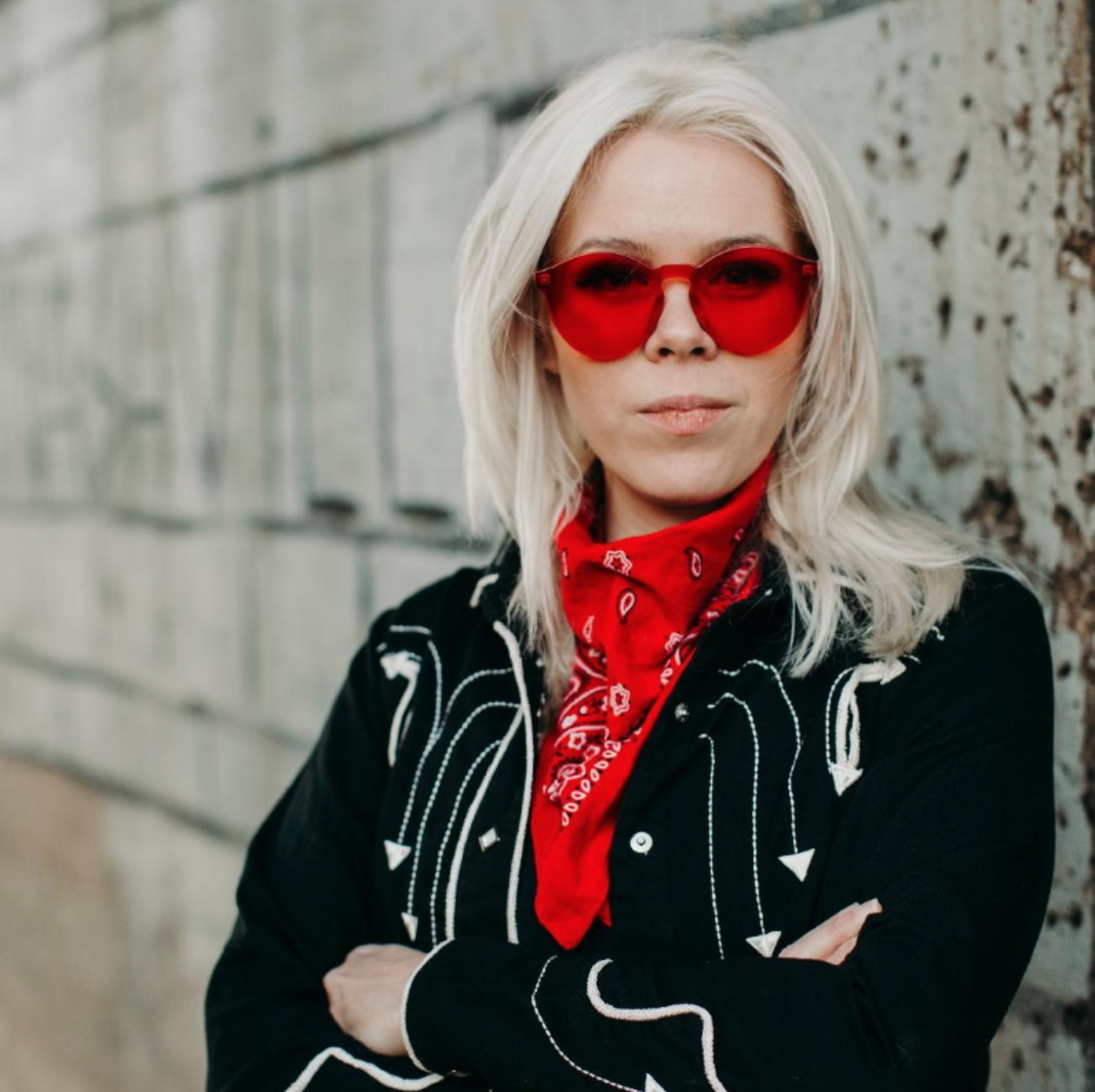 Jaimee Harris is poised to become the next queen of Americana-Folk, a slightly edgier Emmylou Harris for the younger generation. Her debut album, Red Rescue, draws comparisons to Patty Griffin, Lucinda Williams, and Kathleen Edwards – all writers who know how to craft a heartbreakingly beautiful song with just enough grit to keep you enthralled. Harris writes about the basic human experience, in a way that is simple, poetic, and often painfully relatable.

Harris faced an eighteen-month-long pop quiz when she joined partner Mary Gauthier on her relentless tour schedule, facing stages for the first time on a regular basis as a solo performer.  This was not what Harris signed up for when she left her desk job earlier that year.  This was not the performance scenario she had been building to for a half dozen years, having spent countless hours rehearsing and honing her sound with a set group of players.  She called friends from the road, unsure of herself, apologizing for her insecurities, afraid of sounding ungrateful for the opportunity laid before her.

Eventually, Harris had a full-on breakdown while on tour overseas.  She credits Gauthier for giving her the support she needed, and night after night, as she felt herself improving as a solo performer, her confidence returned.  What she could not have known was that the very leg of the tour that felt like her breaking point would lead to the next turning point in her career.  Red Rescue landed in the hands of Marcel Albers and Rose Spearman of M.A.R.S. Worldwide and resulted in Jaimee’s first record deal.

On the heels of acclaimed debut Red Rescue, Jaimee Harris doesn’t disappoint with The Congress House Sessions, an intimate EP with stripped-down arrangements of some of her most requested songs. Recorded at the Congress House Studio by Mark Hallman (Carole King, Ani DiFranco) and Andre Moran (Sarah Borges, Rickie Lee Jones) and featuring Jane Ellen Bryant and Kris Nelson on backing vocals, Ray Bonneville on harmonica, Brian Patterson on electric guitar, and Sammy Powell on piano, this is no large, speaker-rattling production. Longtime friends add color, but what you’ll hear is Harris and her guitar, delivering performances close to what the songs were when conceived alone with her guitar. Harris demonstrates that her talent and command of her craft is undeniable, accompanied or not. Whether there’s a rhythm section thumping behind her, or whether she’s alone with her Gibson “Gillie” on an empty stage, all eyes and ears are locked on Jaimee Harris.