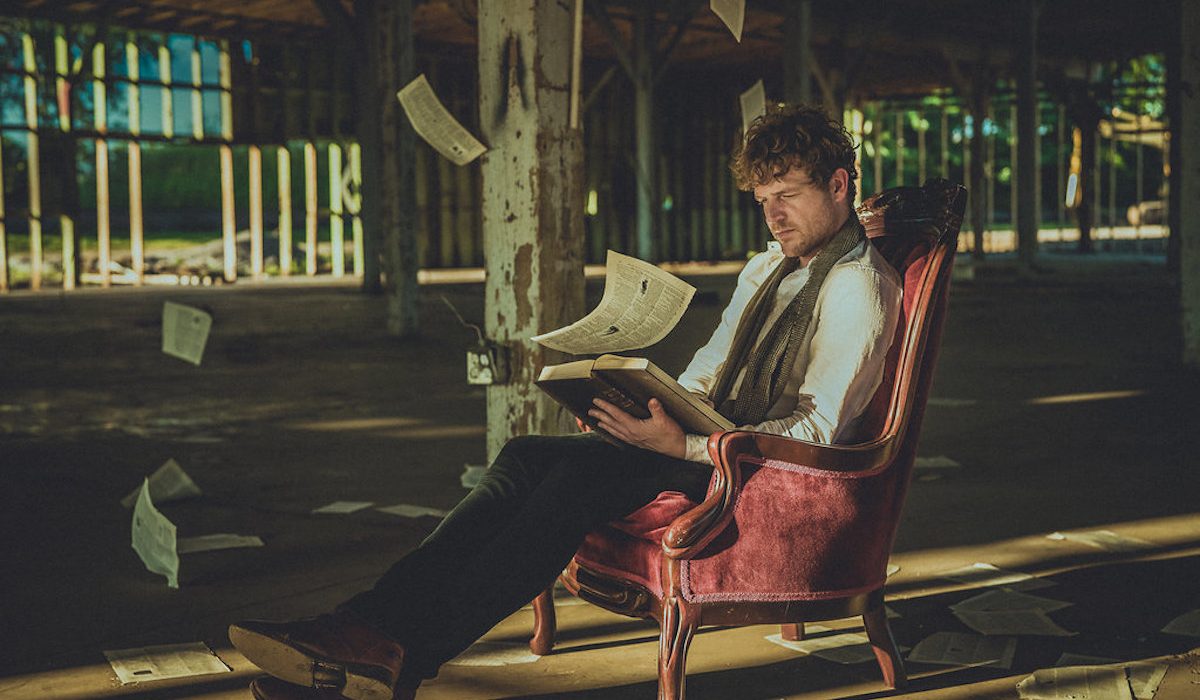 HOW TO CHASE YOUR DREAMS WITHOUT ALIENATING EVERYONE AROUND YOU.

Idaho-born, longtime East Nashville resident Korby Lenkertakes a lot of chances. He’s long been a heavy-touring, award-winning singer-songwriter; in 2015, he added published author to his resume, and now, as creator and star of a new scripted web-series called MORSE CODE, Korby continues to take the definition of ‘independent creative’ and push it forward.

His live shows swing between a whisper and a shout, prompting tastemaker roots mag No Depression to note: “One of the most striking things about seeing Lenker perform is his relationship with his guitar. He doesn’t just play it, he becomes it – or, maybe, it becomes a part of him.”

Even his approach to making records is unorthodox. Lenker recorded his latest batch of songs in his native Idaho, in various places important to him as a child – the Snake River Canyon, Craters of the Moon, and in a small cabin north of Sun Valley. Letting the natural landscape set the tone, he recorded during the day and slept in a tent at night. The result, Thousand Springs, earned, among other accolades, a 4 star review from MOJO Magazine, who dubbed his effort “Scintillating songwriting from a travellin’ man.”

Among other things, Lenker is funny. For evidence, look no further than his video Unfortunate Peer Review, in which his friends (luminaries like Rodney Crowell, Kenneth Pattengale from the Milk Carton Kids, Mary Gauthier and many more) lovingly skewer Lenker’s music and personality.

Korby is the recipient of numerous songwriting awards – most recently a 1st place win at the 2016 Rocky Mountain Folks Festival Songwriters’ contest (past alum include Gregory Alan Isakov, Liz Longley and Deb Talan, to name a few). In March, NPR Music premiered the song and video he wrote and performed with Americana queen Nora Jane Struthers called ‘Let’s Just Have Supper.’ Korby tours constantly and has shared the stage with Willie Nelson, Ray Lamontagne, Nickel Creek and many others.

In summer of 2018, Lenker turned his efforts toward the small screen, creating a scripted show loosely based on his life as traveling singer-songwriter. Lenker wrote, produced and stars in a web series called MORSE CODE (watch episode 1 here). The Tennessean called it “charming and dryly funny” and the Nashville Scene gave the self-produced effort a coveted “Critics’ Pick.”

MORSE CODE continues to be funded by Lenker’s fans through a platform called Patreon. It premiered August 3rd, 2018 on Vimeo.