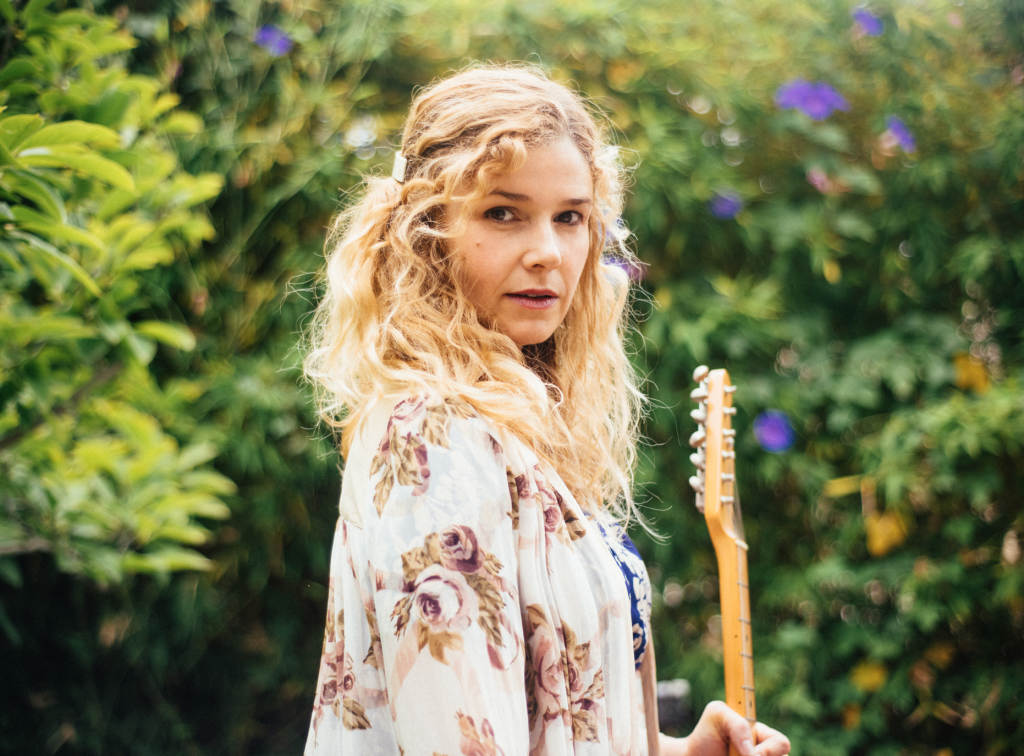 At the center of Leslie Stevens’ music is that notoriously heart-catching voice. She can belt it outgrandly when she wants to, but the Los Angeles singer also possesses a distinctively honeyed tone that imbues her new album Sinner, with a radiant charisma that sparks both ebullient love songs and more intimate ballads. Stevens voice is so beguiling that she has recorded and toured with a litany of disparate musicians, including Florence + The Machine, My Morning Jacket’s Jim James, Father John Misty, Jenny O., Joe Walsh, Jackson Browne, Jonny Fritz, and John Fogerty. Stevens’ two previous full-length recordings —Roomful of Smoke (where she fronted the beloved country-rock combo Leslie Stevens & The Badgers) and her first solo album, The Donkey and the Rose—led Los Angeles Times to declare that she is “one of the city’s best” and L.A. Weekly to anoint her as Best Country Singer in 2018. But Sinners represents something of a daring step forward for the singer-guitarist. Although the album features such quintessential Stevens folk-pop gems such as “Sylvie” and the ethereal consolation of the country-rock ballad “You Don’t Have to Be So Tough,” Sinner also branches out into unexpected territory, like “Teen Bride,” a candied reverie that’s as close as Stevens has ever come to 1950s-style teen pop. Stevens lets her hair down and relaxes on “12 Feet High,” an amiable ode to getting high. “I try to keep the weakness from my poetry, but it sneaks back in,” she confides against a Stones-y country-blues riff before the chorus kicks in with delirious harmonies. Even a disarmingly sweet country-soul song like “Sylvie” can unfold with open-hearted insights in just a few short lines: “I am walking through the years… All the flowers of the field/Hold the universe revealed.”