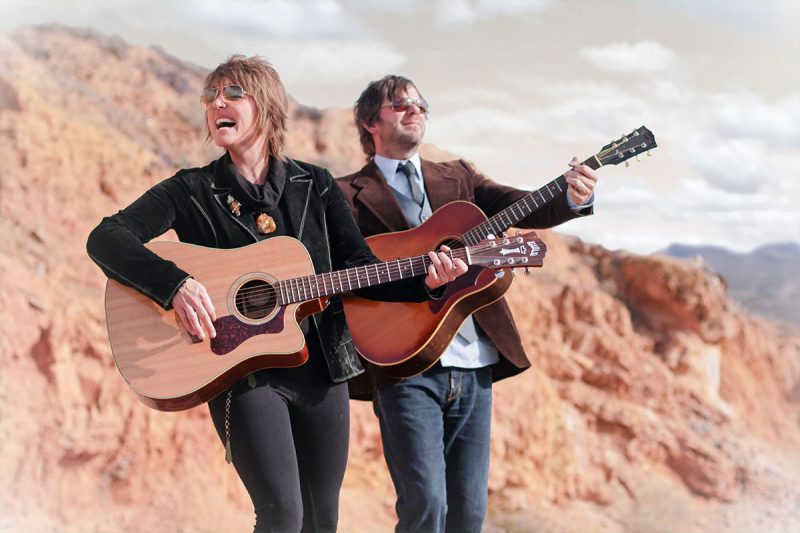 Though their writing has been described as “masterly” (Oregon Music News) and “earthy and approachable” (Bitch), these are not songs charging towards the mainstream; this is not a band spraying buckshot for new fans.

Moody Little Sister has built a loyal community around their music the old-old-old fashioned way: one listening room, house concert, front porch, and campfire at a time.

And as is often the case in the tradition of duos, Naomi Sparrow and Rob Stroup’s music is strongest where it’s pulled in two directions: celestial and down-home, Catholic confessional and big tent revival, dusty and delicate. In Sparrow’s dexterous voice there is both the familiar warmth and soul sensibility of 70’s singer-songwriters like Leon Russell, and the lyrical daring of folk-pop singers like Patti Griffin or Anais Mitchell. With Stroup, there is the road-worn and rootsy approach of John Moreland, Jason Isbell, and early Ryan Adams.

Their music contains an expansive landscape, a New Folk of the American West that captures in a bottle the dust storms and tsunamis of the heart.

Innovative Community Creators, Naomi & Rob have melded their musical journey into one that takes on a near-constant life on the road between Anchorage and Albuquerque empowering their fans , teaching them to host their own pop-up listening concerts, anywhere from farms to quaint backyards. This, along with igniting listeners to live life fearlessly, Moody Little Sister, in their music and in the kinship they share with their listeners, has been meeting our 21-Century Emergency with an urgent intimacy.