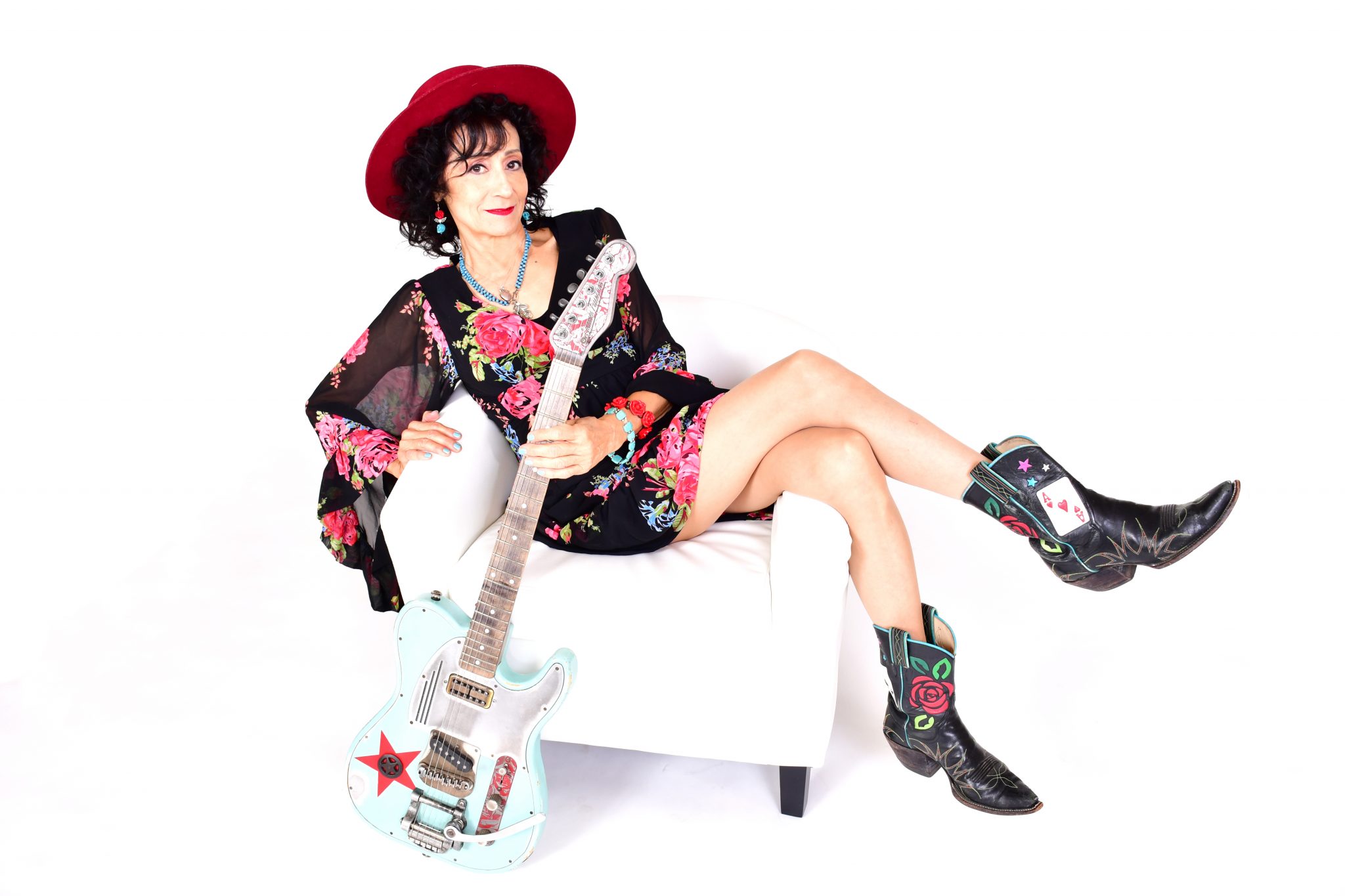 The story of Rosie Flores’s career is long and winding road that curves like a rollercoaster at atheme park. After years of honing her craft as a songwriter and guitarist, she ended up in LosAngeles playing the Palomino Club, winning every talent contestshe could get her guitar lickson. Soon afterwards played the country bar scene in LA for a few years before taking a left turninto a Punk rockin’ female group called the Screamin’ Sirens. They recorded and released“Fiesta” for Enigma Records produced by Brian Ahern (Emmy Lou Harris) followed by some UStouring ripping a hole through the South and destroying the minds of young men. Thingschanged when offers came in to start opening just solo acoustic for quite a lot of concert showsfrom the coast of California to New York, for the likes of Jerry Lee Lewis, John Prine, SteveGoodman, Elvin Bishop, David Lindley, Taj Mahal and Jerry Garcia. Rosie started on a new phaseto find a producer and get her songs recorded which led to her Warner Bros /Reprise deal outof Nashville releasing the acclaimed 1987 “Rosie Flores” produced by Pete Anderson. She thenbecame tagged as one of the “New Traditionalists” along with Lyle Lovett, kd lang, DwightYoakam. She was nominated as best new female vocalist by the Academy of Country music in1986 and played The Grand Ol Opry and various TV shows. Rosie has a Peabody award fornarrating "Whole Lotta Shakin" a documentary about the history of Rockabilly. Stream at rockabillyradio.org.